Make it flat. Make it the all same. Make it Boring.

So at the end of the Oxygen period, UX/UI design was reaching an inflection point. Gone were the days were graphical designers challenged its own illustrations skills in a perpetual "I can my candy more naturalistic silly than yours".
We had reached the saturation point of the silliness in graphic representations of every day objects as UI elements. Now back then people needed to find a culprit for it all, a quintessential word that in itself represented all evil... Cue in "skeuomorphism", an word used in traditional design to imply a faux representation of a material. in this word we collectively found the  "wrong" to be corrected, we had our culprit.

We have to kill all aspects of anything skeuomorphic, cue in flat design, we don't need anything "fake", we don't need textures, we must do without those fake drop-shadows, kill all artificial gradients. reinvent the circle in a precise concise square.

Well this all to me back then sounded a bit like a personal attack ;), I mean, gradients and shadows is all I did :) and just because some were abusing it  I had to pay for it?
And I said, they were all wrong, this was nothing more than a modernism surge all over again, "skuemorphism is all we do in UI any way" all the concepts in the desktop are skuemorphick, seriously we call it DESKTOP, we use Buttons and Folders we can't do anything but Skeomorphic designs the only non Skeomorphic design would be a screen turned off.

Sad reality is that being right when everybody else is wrong, just makes you irrelevant. And its not like that despite the argumentation being fundamentally wrong, there  was no need for change, there was!
Overly done design tends to be a trick a designer will do when he cant  find a efficient answer, and we all abused this "trick".

Out of it some great new concepts and methods came to life, must say I'm a bit of fan of Google new "material" design language. (in fact material design is IMO not flat I mean they must have called it its "material" for some reason ;) )

But so comes today, every little single designer agency looks the same, its easy to achieve the current dictatorial style, slap in a blurred background a lonely Helvetica Neue on top and you are almost there.
Trendy websites pop out everywhere looking exactly the same as one cooperative unique brand took control of everything.

What will come next?
Don't know, predicting this sort of things is absolutely futile, and I'm almost sure that anything that comes after it will retain some of the best aspect it brought out. Think we are in a transitory period and something new is around the corner.

Popular posts from this blog 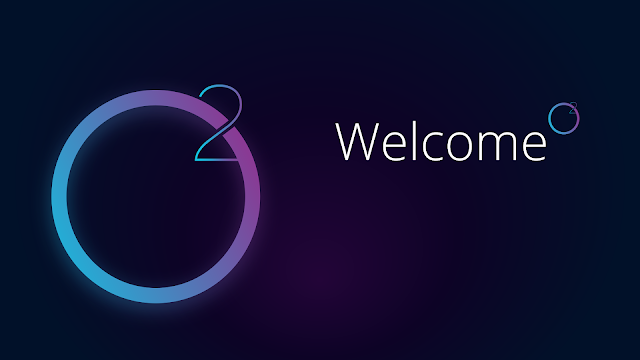 Yeah do you want to help us create O². Most of the design concepts are done, but my C++ QtStyle foomagic is lower than zero ;) so muhhhh heee... do you want to help? Janet extraordinaire yesterday helped a bit and adjusted the old Oxygen painting to do a preliminary implementation of the noise O² needs for its background, but that is only the very beginning of what is needed. Also if you have experience in kirigami/plasma, styling. Designers are welcome as well...   If you do...... Just made this https://t.me/OxygenSquared for chatty chatty things.
Read more

O² or Oxygen all over again, aka Oxygen Reboot, maybe O squared?

- September 12, 2020
Hello so ...  My name? Nuno Pinheiro. Ocupation? Heee Designer Stuf. Location? Portugalio. Age? C'mon don't ask things like that...., but apparently its a good answer for anything and everything.   So introductions made,...heee right what is this about? Read the title... geee.. Not clear enough? Right.... Ok lets get one thing straight, this is not Oxygen all over again, it is but... its not, heee... Oxygen was made to be default. Oxygen had more capable people than me steering it in the beginning, Oxygen was massive, we are talking about something in the whereabouts  8000-12000 hours worth of work. For Oxygen amount of work we have Breeze.  So now that I stated what it is not i'm done right.?... humm?.. no?   Ok starting to get a bit more serious because, well I have to, this new thing is something that I had as a plan since the end of Oxygen.. Something on the realm of... "How would I do it now that I know what I did not knew wen this started....." But even befo
Read more

Something fresh something new!

Don't you love the concept of starting something new out of the ashes of something old? To restart, to fix what was wrong, to potentially do it perfectly this time, to fail all over again, so that you might in the future start something fresh something new. More info at  http://wheeldesign.blogspot.com/2014/01/the-visual-design-group-short-intro.html
Read more